YOU are the boss!

Not the Prime Minister.

Not the Canberra Press Gallery.

But, you, the Electors, are the boss of Australia!

Australia is whatever the Majority of Electors says it is!

Currently, Australia is a constitutional monarchy created by the Majority of Electors of 1900. The Governor-General is Head of State and Elizabeth II is Sovereign.

‘Monarchy to Republic’ – Whether or not to change the Australian Constitution from monarchy to republic is currently being thought through and discussed by Australian Electors.

Peoplepower: the Majority of Electors

200 years ago Napoleon’s master, Prince Talleyrand, said, “There is someone more intelligent than Voltaire, more powerful than the emperor–and that is the people.”

100 years later in 1900, this became true in Australia. Today, it is still one of the enduring truths of our Commonwealth.

In contrast to other political realities like in Iraq, Afghanistan, Zimbabwe, Fiji or even the Vatican, the USA, India and China, the fact is that the Electors of Australia have been able to hold, without interruption, the ultimate constitutional power in Australia for over a hundred years!

This continuous record of peoplepower and political stability is unprecedented in modern world history.

Australia is the name given to an agreement between the Majority of Electors of New South Wales, Victoria, South Australia, Queensland, Tasmania, and Western Australia to unite in one federation under the Constitution of the Commonwealth of Australia.

So who really created what we now know as ‘Australia’?

On July 5, 1900, Australia was legally created by an Act of the Westminster Parliament known as the Commonwealth of Australia Constitution Act. The Act was proclaimed to commence on January 1, 1901.

At that time, the population of Australia was under four million and consisted of a number of colonies which regarded themselves as British. This Act was the product of a vision which began fifty years earlier in the self-governing colonies. The Constitution of Australia is also internationally regarded as one of the cleverest agreements ever designed.

It was crafted in Australia by our own people. It was a product, not of war nor of revolution, but of many years of business discussion, political debate, legal argument and peaceful referenda.

Two Conventions were held in 1891 and in 1897-98. Delegates to the 1891 Convention were appointed by the colonial parliaments and met in Sydney.

The Convention President was the Premier of New South Wales, Sir Henry Parkes, whose image can be found on Australian five dollar bills. The draft of a Bill for a Constitution was approved by the Convention.

This Bill was drafted with the help of Sir Samuel Griffith, Premier of Queensland, who later became the First Chief Justice of the High Court of Australia.

The second Convention was held in Adelaide, Sydney and Melbourne in 1897 and 1898. Delegates to this Convention were elected by the Majority of Electors.

The document produced at this Convention became the new Constitution and many features coming from the first Convention were included.

In 1899, the draft of the Constitution was approved by the Majority of Electors in a state by state referendum–each held in New South Wales, Victoria, Tasmania and Queensland. New Zealand which was represented at the first Convention did not join the Federation.

Western Australia voted to join in 1900. Thus, the Constitution was designed, not at Westminster at all, but in Australia and by our own electors.

Reflecting on these founding events the Eleventh Chief Justice of the High Court, The Honourable Murray Gleeson AC explains:

The Commonwealth Constitution was not drafted by civil servants in London, and presented to the colonies on the basis that they could take it or leave it. Its terms were hammered out in Australia in a process of public debate, and political and legal negotiation, by the leading figures of the day.

The Senate of the Parliament of Australia offers an online copy of The Constitution here and a picture of the founding document can be seen here.

One hundred years later, in 1998, a third Convention was held. From 2-13 February 1998, 152 delegates from all over Australia met at Old Parliament House in Canberra to discuss whether Australia should become a republic.

The delegates come from every State and Territory and had a wide diversity of backgrounds and interests. The Convention was chaired by the Rt Hon Ian Sinclair MP, with the Hon Barry Jones AO MP as Deputy Chairman.

It was finally resolved at the third Convention that a republican model of an appointed president be put to the people in a constitutional referendum.

On 5 November 1999, the Electors of Australia were asked:

“Do you agree with A proposed law to alter the constitution to establish the Commonwealth of Australia as a Republic with the Queen and Governor General being replaced by a President appointed by a two-thirds majority of members of the Commonwealth Parliament?”

RESULT:
The result of the constitutional referendum, as decided by the Majority of Electors, was: NO.

You can visit the Electors of Australia here …

You can visit the Prime Minister of Australia here … 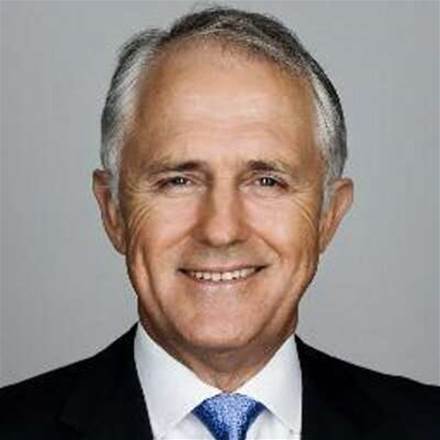 You can visit the Governor General of Australia here …

You can visit the Queen of Australia here …

The Flag of Australia

View all posts by Michael Hewitt-Gleeson

This site uses Akismet to reduce spam. Learn how your comment data is processed.